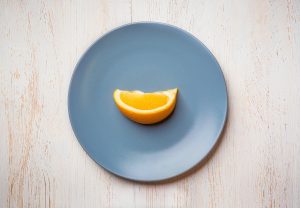 Intermittent fasting and fast-mimicking diets are the latest trend in the diet world. One of the most popular fast-mimicking diet is the 5:2 diet, where calories are severely restricted for 2 days per week. But is this type of diet approach more effective compared to a more moderate daily restriction of calories?

Animal models have suggested that intermittent calorie restriction can have a significant on glucose, insulin, leptin and other metabolic markers that influence body weight. The results are even stronger than those of the standard continuous calorie restriction. There are also promising results from human trials showing reduction in insulin and fat mass.

However, there is a need for more randomised control trials to assess whether intermittent restriction is more effective for weight loss and maintenance compared to continuous restriction.

Researchers designed a randomised control trial to explore whether intermittent calorie restriction in the form of a 5:2 diet has a greater impact on weight loss. Participants were eligible if they had a BMI between 25-40kg/m2 and aged between 35-65 years. Exclusion criteria included smoking.

The trial consisted of a 12 week intervention phase followed by 12 weeks of maintenance and a 26 week follow-up phase. Outcomes included expression of adipose tissue genes, body composition and measurements, and metabolic biomarkers.

After the 12 week intervention period, there was a slightly greater weight loss for the intermittent restriction group of 7.1% compared to the continuous restriction group, with 5.2%. Both saw a greater loss compared to the control group’s 3.3% loss. However, there were no significant differences in the expression of 82 genes in the adipose tissue that are linked to obesity.

It was also noted that there was a slight trend for regaining weight after initial loss in the intermittent restriction group. Both approaches showed a good level of compliance.

The researchers concluded that intermittent restriction may be equivalent to continuous restriction, in terms of weight loss and prevention of metabolic disease, but that it is not superior.

Limitations that were noted include the sample of generally healthy overweight and obese people of European ancestry and the inability to directly monitor the compliance of participants.

Further studies are required to further explore the effectiveness of intermittent calorie restriction and whether it is a safe and practical alternative to continuous restriction.

Can Your Gut Bacteria Predict Your Weight Loss Success?

Low-energy diets are often used for weight loss interventions, but the success rate can vary…

The Issue of Male Obesity

When it comes to dealing with the battle of the bulge, men over 40 are…

Can A Gluten-Free Diet Help With Weight Loss?

One of the most popular dietary exclusions is gluten. Although originally it was used for…